Adapted sports are opening up new opportunities for people with cerebral palsy, and they have a profound effect on how sufferers deal with the condition.

Cerebral palsy can occur for a number of reasons, usually before birth when a baby has an umbilical cord wrapped around their neck. It could also be caused due to not being delivered early enough by caesarean, which may be regarded as cerebral palsy caused by medical negligence. Either way, this should never stop someone from enjoying the social and physical benefits of sporting activities!

Today, we’re going to cover what adapted sports are, and give you some examples. We’ll then explain how they help people with cerebral palsy before outlining the various opportunities they open up for people with the condition.

What are Adapted Sports?

Adapted sports, or disability sports, were designed to give people with cerebral palsy the same chance to be involved in sports as everyone else.

People with the condition have issues with movement and co-ordination. Cerebral palsy symptoms include delays in development, weak arms and legs, random uncontrolled movements, and sometimes problems with vision or learning difficulties.

You can see how these symptoms might make it difficult to play sports with people who don’t have the condition. Thankfully, charities like Cerebral Palsy Sport in the UK have developed a whole range of sports that have the same purpose as mainstream sports, but with provisions to make them possible for people with cerebral palsy.

What are Some Adapted Sport Examples?

To give you an idea of the types of adapted sports you can be a part of, and how they work in practice, here’s a quick list of sports provided by the Cerebral Palsy Sport charity in the UK.

If you’re interested in getting involved in athletics, Cerebral Palsy Sport (CPS) run an adaptive sports program that starts with 11-year-olds, but has no upper age limit. This program includes a series of track and field events all tailored to the level of disability the person has.

As the level of disability ranges from mild cerebral palsy to severe, if you get to the level where you want to compete professionally, there are seven classifications. Different equipment is needed for each event and your classification will decide who you compete against.

This adapted sport is a 5-a-side game on a pitch between 25 and 50m in length. The games last for two equal periods of 20 minutes or four periods of 10 minutes (or less for people with very low mobility).

The goals are slightly smaller than in usual 5-a-side, and throw-in are replaced with kick-ins when the ball goes out of play. Frame contact with the ball is okay, but players are discouraged to use their feet where they can. To promote safety, only 1v1 challenges are allowed between players.

Also, offside rules aren’t in play which is something I’m sure professional footballers are envious of! We’d certainly see a lot more goals without it.

This adapted sport is exactly how it sounds, running track from 60m all the way to 1500m, depending on fitness levels.

As people with cerebral palsy find it difficult to functionally run, they use a three-wheeled frame where the athlete is supported by a saddle and a body plate. The athlete propels against the frame using their feet, and steers using their hands or arms.

RaceRunning is one of the best ways of improving overall fitness, strength, physical and emotional well-being (but more on that later).

This is a sport you’ve probably never heard of, but it’s becoming one of the most popular Paralympic sports in the world. It’s also one of the only sports where able-bodied people can play alongside people with cerebral palsy.

This adapted sport can be played by individuals or in teams of two or three. Each team has a colour of boccia ball (either red or blue) and takes turns throwing their ball as close to the ‘jack’ as possible. You can try to get your ball closest to the jack or knock other balls already in play to more favourable positions.

At the end of each round, the referee measures the distance of each team’s balls from the jack and awards points accordingly. The best part of this game is that the balls are easy to buy, cheap, and a good size to grip for people with cerebral palsy.

How do Adapted Sports Help People with Cerebral Palsy?

So why are adaptive sports important? Let’s dive into why they’re so beneficial, here…

A new study has found that regular exercise from adapted sports from a young age could help with the effects of cerebral palsy. Research from the University of Cape Town looked at the body composition of well-trained Paralympic athletes with cerebral palsy, and came to the conclusion that physical activity is one of the best cerebral palsy treatments we have today.

Despite the fact that elite-level athletes with the condition have reduced muscle mass, physical training can offset this with changes in body composition and physiology. Overall, the bone mineral density levels of the six Paralympic athletes involved in the study were similar to that of able-bodied people of the same age. In fact, the bone mineral density of these athletes was actually higher than the average population.

A 2017 study, published in the Revista Paulista de Pediatria, focused on how adapted sports promote inclusion and improve the quality of life for people with cerebral palsy.

Forty-seven children and adolescents with cerebral palsy were evaluated and referred to adapted sports, specifically soccer and swimming. Their quality of life was evaluated by the Pediatric Outcome Data Collection Instrument, and their biopsychosocial profile by the Behaviour Checklist for Children and Adolescents.

Seventeen of those tested were re-evaluated after one year, and the study showed that adapted sports had a positive effect on their quality of life and biopsychosocial profile. Global and upper extremity function improved, and they saw benefits in problems related to attention difficulties.

As people with cerebral palsy present lowers quality of life scores, the improvement in their scores as a result of adapted sports shows that they benefitted massively from their participation in sport.

What Opportunities do Adapted Sports Open Up?

The benefits of adaptive sports aren’t only the reduction of physical mobility symptoms and improvement in quality of life. They also open up future opportunities for people with cerebral palsy:

The Paralympics is the cream of the crop when it comes to sporting events for people with disabilities. The competition mirrors the Olympics, but for athletes with physical disabilities, like cerebral palsy.

The competition actually follows the Olympic Games in the same location. Disabled athletes can participate in adapted versions of track and field, badminton, rowing, swimming, wheelchair tennis and others.

The Paralympic Games give people with cerebral palsy and other disabilities the opportunity to be serious athletes and give young people something to aspire to. Professional Paralympic athletes serve as brilliant role models for these children, and show how inclusion in sport can be just as viable for disabled people as able-bodied people.

Adult sufferers are also able to teach the new adapted sports to children with cerebral palsy. A whole new profession of teaching kids to play these adaptive sports opens up, especially as their popularity increases.

As a person with cerebral palsy, you are probably the best equipped person to teach these sports and show the kids exactly how to perform and use the equipment necessary to do so.

What is the Future of Adaptive Sports?

Hopefully this article has opened your eyes to all the opportunities available in adapted sports for people with cerebral palsy. We’ve covered what adapted sports are, given you some examples of sports you can get involved in, provided studies that prove the positive benefits of sport on cerebral palsy sufferers, and the opportunities it can provide.

As the popularity of these sports, and events like the Paralympics, grow, the sports will hopefully become more mainstream. The more these sports grow in popularity, the more emphasis will be put on adapting other sports for people with cerebral palsy. This will really open up a whole new world for those with the condition. 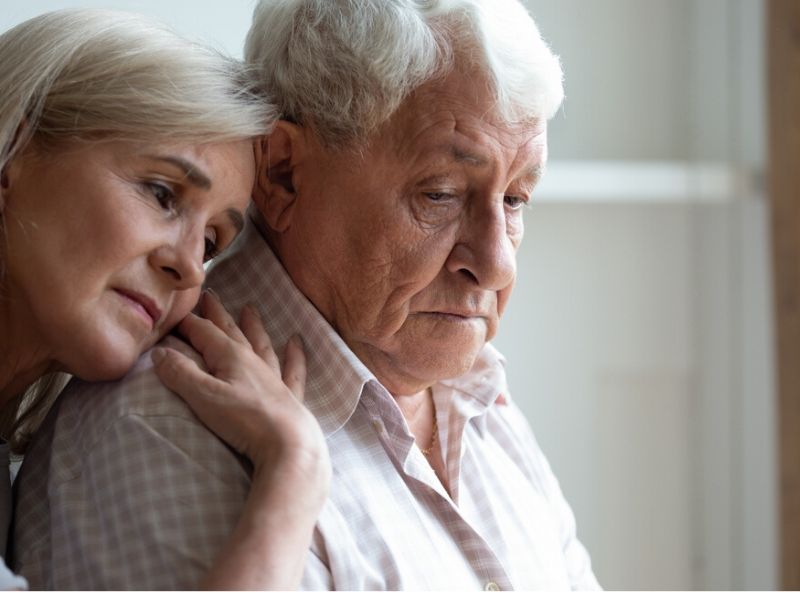 Caregiving can be both an awesome and daunting experience. When the subject of care is your spouse, and they also ... 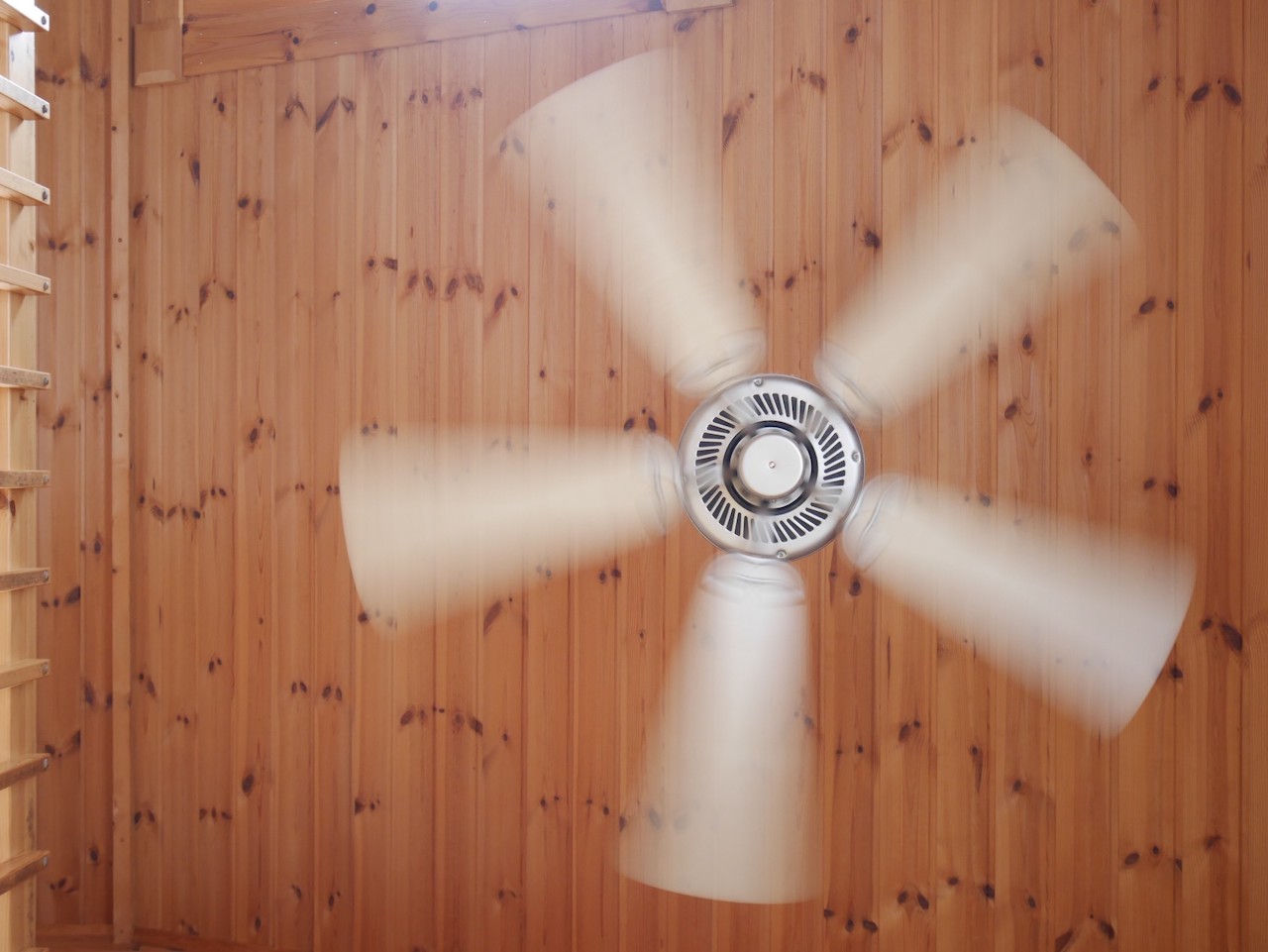 Cleaning takes a lot of time and effort out of your day, and you often forget places that need a ...